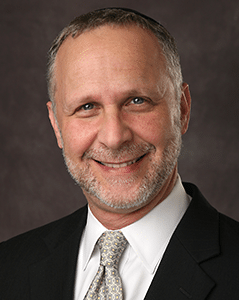 Rabbi Shlomo Seidenfeld has been active in Jewish Outreach for nearly 30 years. He began his career on the college campus, first as the Program Director of the Brooklyn College Hillel and then as the creator and first director of J.A.M. at U.C.L.A.

Over the last 19 years, Rabbi Seidenfeld has become one of Los Angeles’ most captivating speakers.With compelling topics and a passionate, interactive teaching style, Rabbi Seidenfeld’s classes attract Jews of all ages and stages both in Los Angeles and beyond.

Currently, Rabbi Seidenfeld speaks to Jewish millenials via L.A. based “JHub” and offers classes to Jewish executives in the music industry. Most recently, Rabbi Seidenfeld partnered with one of the top-rated podcasters (“Don’t Keep Your Day Job”) to run a Learner’s Minyan for an eclectic group of creative artists/professionals. Rabbi Seidenfeld also serves as the Scholar In-Residence for Aish Hatorah’s JMI program and has been a featured Rabbi/Lecturer at Passover programs around the country.

In 2016, Rabbi Seidenfeld travelled to Hungary with his father and a Yad Vashem film crew who chronicled his father’s life prior to the concentration camp. Inspired by that experience, he created a powerful lecture on faith, titled, “How G-d Survived Auschwitz”.

Rabbi Seidenfeld received his Rabbinic ordination from Shappels in Jerusalem (1994). He lives in Los Angeles with his wife Lolly and they have three daughters.

Rabbi Seidenfeld will be joining us for the first days of Yom Tov.